The new Eco City Sweeper 2 is a battery powered compact and silent pedestrian sweeper - 'A Game Changer' in sweeping that will put an 'Electric Smile' on your operator's face! 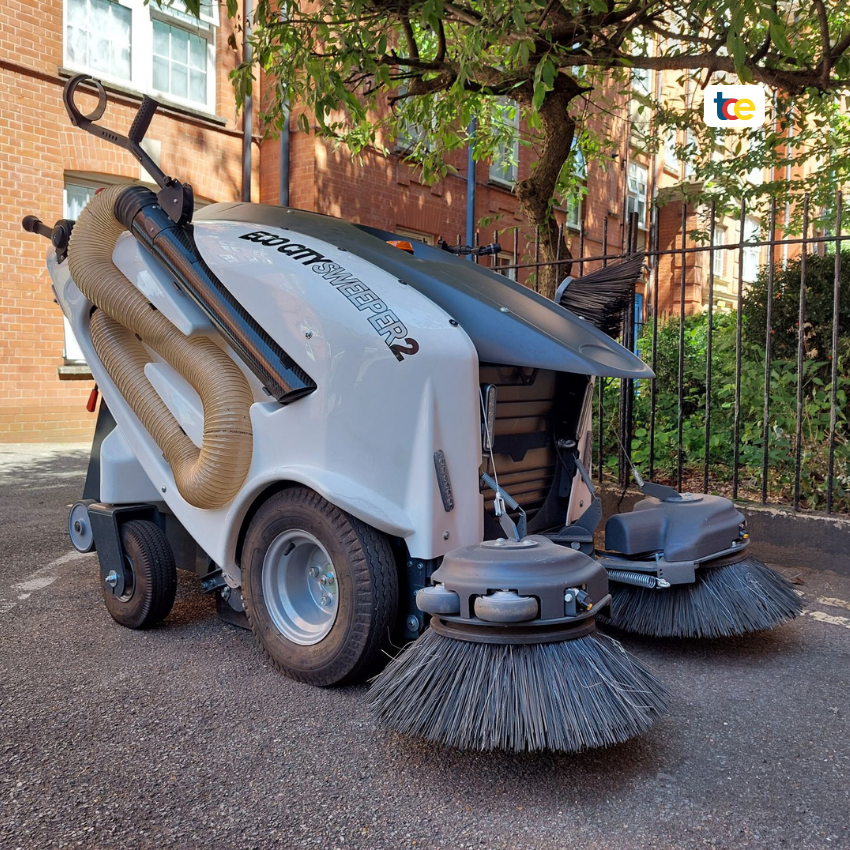 Compare
The following item was added to the comparison.

The Eco City Sweeper2 Battery Powered Compact Silent Pedestrian Sweeper
The next generation in Eco friendly pedestrian street cleaning and vacuum litter collection, the Trafalgar 'Eco City Range' is aimed at industry, FM companies, local authorities, arenas, stadiums and hospitals to name a few; and is ready to take on the other established machines in the market!

The new battery powered compact and silent pedestrian sweeper is a 'Game Changer' in Pedestrian and Street Sweeping that is guaranteed to put an 'Electric Smile' on your operator's face!

The Eco City Sweeper 2, is manoeuvrable and much quieter than the traditional urban machines, and represents a new concept of street and pedestrian cleaning machine particularly suitable for cleaning private and public spaces, including sidewalks, pedestrian areas and historical centres.

The Eco City Sweeper 2 is defined as a "mechanical" sweeper because it collects waste by the central brush in a 135 LT bin and at the same time is a "suction" sweeper also thanks to its powerful filtering system able to guarantee total filtration PM10 fine dust, even in the absence of water, freeing clean air in the environment during all the time of use.

The Eco City Sweeper 2 is also incredibly versatile because it can be used both as a walk behind model, as with the operator on board, with the addition of the chariot, offering the possibility to drive for long distances. It is also equipped with a wander suction hose for vacuuming bulky waste, reaching narrow spaces, such as flower beds, side benches, etc.

The Eco City Sweeper 2 has been designed with the intention of offering a long working autonomy that exceeds the daily shift before having to recharge the batteries. Its compactness, effectiveness and ease of use, thanks to the possibility of driving by inexperienced people without a driving license, make the Eco City Sweeper 2 Zero Emissions street sweeper unbeatable in cleaning city centres, pedestrian areas, cycle paths, parks and public gardens.

Request a Call-Back from
one of our experts